According to the Androdid Documentation, to activate screen pinning programmatically, call startLockTask(). 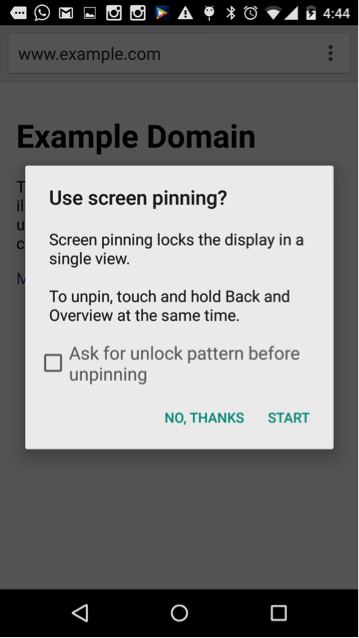 The user looking at the screen may think the screen pinning has been initiated by the trusted default browser in the background and would press START to enable screen pinning. This would pin the app A to the user’s screen. App A can now launch phishing attack since the user thinks the default browser is enabled, not app A. Since App A is the pinned state, the user sees no notification, cannot see the recent list of application or go to the home screen without stopping pinning, which gives the app a higher rate of success to phish the user. To exit pinning the user has to press the recents + back button’s together.