TrustKit, iOS 9 And The Shared Cache

In August, we released TrustKit at the Black Hat conference: an iOS & OS X library designed to make it very easy to deploy SSL pinning within an App.

When Apple released iOS 9 last month, it broke TrustKit; this post explains the behind-the-scene change that caused this and why it affected TrustKit.

As explained in our Black Hat talk, TrustKit worked by patching SecureTransport’s SSLHandshake() function at runtime. During the SSL handshake, this function gets called multiple times until the handshake is completed. Throughout these calls, TrustKit just forwarded them to the real SSLHandshake(), until it returned noErr, which means the handshake was succesful.

When that specific return value was detected and before returning it to the caller, TrustKit performed SSL pinning validation and changed the return value to an error if the validation had failed.

Because every Apple Framework (NSURLConnection, NSURLSession, UIWebView, etc.) relies on SecureTransport for SSL, patching SSLHandshake() ensured that all of the App’s outgoing connections were automatically protected. 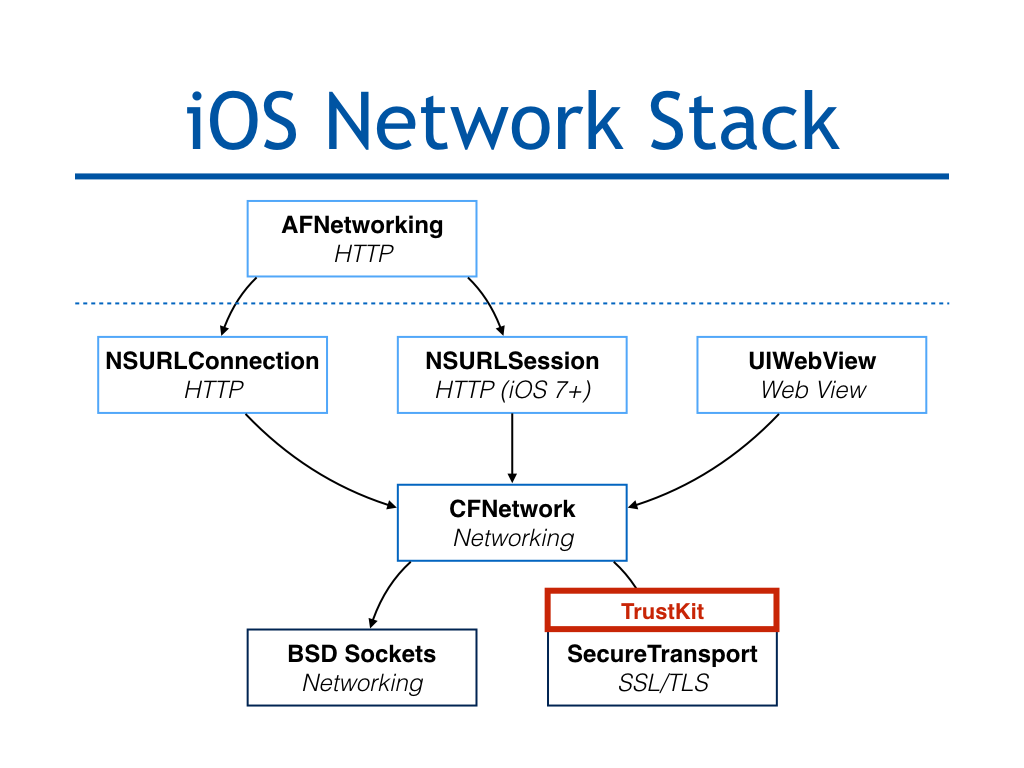 To do the actual hooking of SSLHandshake(), we used Facebook’s fishhook, which “provides functionality that is similar to using DYLD_INTERPOSE on OS X.”

What Changed in iOS 9

When iOS 9 was released, I received reports that TrustKit wasn’t working anymore, which was surprising to me as I had done some testing myself to ensure it worked fine.

This behavior implied that the hooking of SSLHandshake() was not actually working, although fishhook had been updated for iOS 9. After quite a lot of testing and googling, I luckily found the answer within a tweet from @comex from a few months back, talking about the beta of iOS 9: 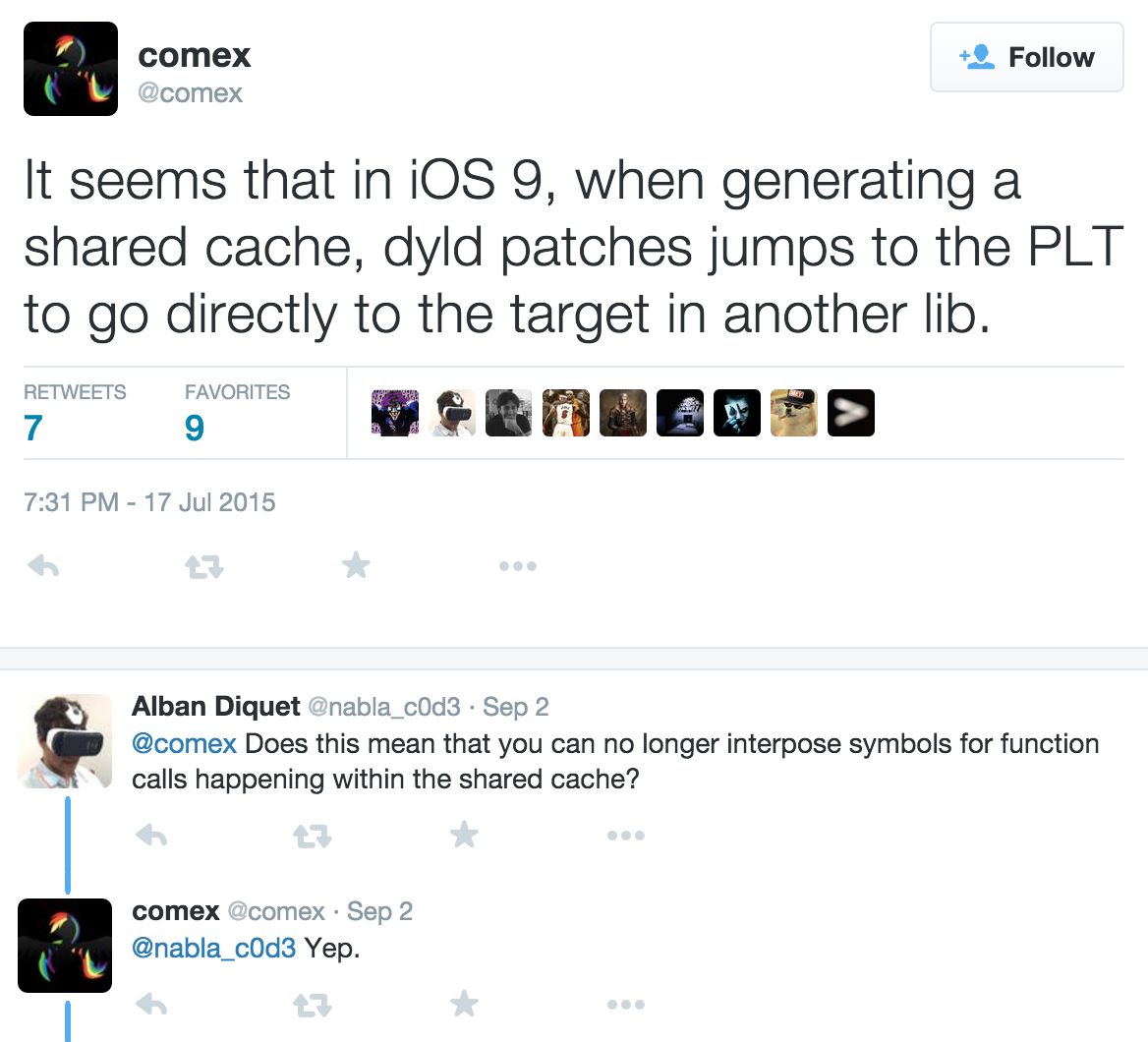 To understand what this means, we first have look at how fishhook works. At a high level, fishhook modifies at runtime the process’ symbol table to have the symbol you want to hook point to your own code, instead of the original C function. Then, when any code wants to call that function, it looks up its symbol within the symbol table, which then points to your replacement function. Some more technical details about this symbol rebinding technique are available on the project’s page.

The iOS 9 change @comex described means that any code within the dyld shared cache will actually skip the symbol table and jump straight to the function itself, when calling another function in the cache. This was probably done as a performance optimization to skip the symbol lookup step.

Consequently, modifying the symbol table doesn’t affect calls happening within the shared cache (such as a method within NSURLConnection calling SecureTransport’s SSLHandshake(), as both frameworks live in the shared cache).

This explains why TrustKit stopped working on iOS 9:

Unfortunately, this also means that some of the techniques we presented at the Black Hat talk for writing secure libraries through function hooking do not work on iOS 9. This also affects other Apps and products as I have been in contact with developers who faced the exact same issue.

We will release TrustKit 1.2.0 for iOS 9 in the next few days, which has a completely different implementation for “hooking” into the App’s SSL connections to add pinning validation. I had to take the more conventional (but not as neat) approach of swizzling the App’s NSURLConnection and NSURLSession delegates.

In the release blog post which will come soon, I will provide more details about what has changed in TrustKit 1.2.0 and how to deploy it in your App; this version also brings some significant improvements over 1.1.3.